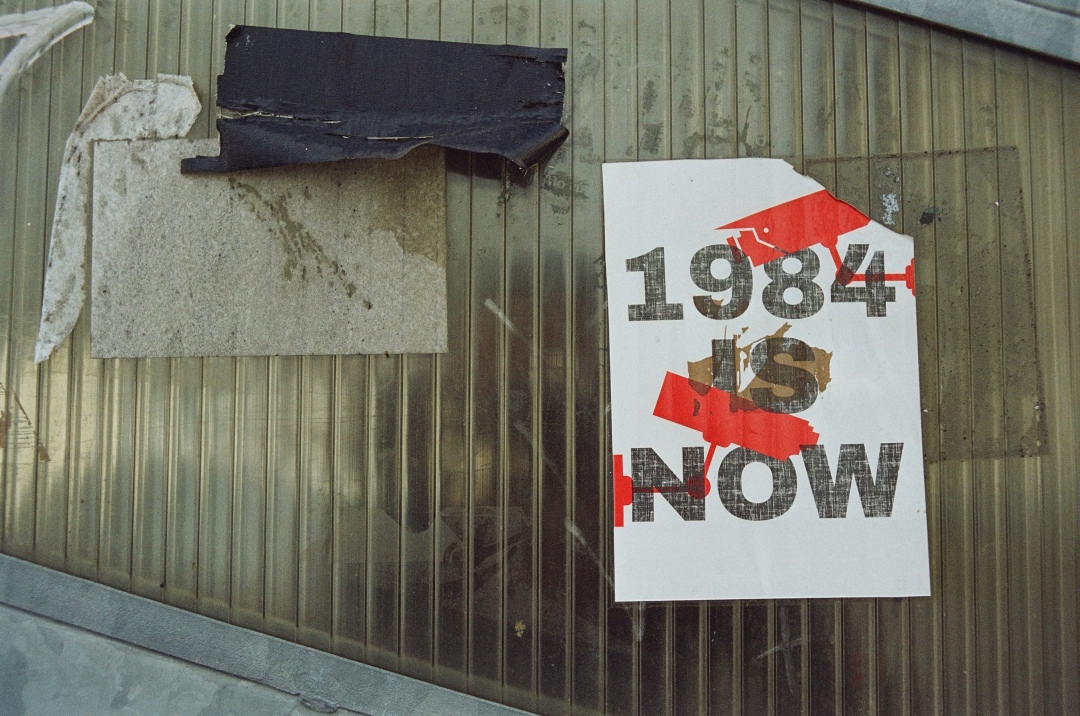 “All the Nazi or Fascist schoolbooks made use of an impoverished vocabulary, and an elementary syntax, in order to limit the instruments for complex and critical reasoning.”
— Umberto Eco, Ur-Fascism

When the RSS and the BJP came to power in 2014, the results were challenging to read. While the main agenda put forth was the development and the Gujarat Model, the public was also highly dissatisfied with the ruling UPA government. This colossal wave of anti-incumbency and the power projection of a strong leader completely brushed under the carpet the fact that the Supreme Leader had allowed mobs of hardline Hindu fanatics to murder thousands of Muslims in riots in 2002.

Once he settled into his newfound power, his disdain for minorities and the goal towards a Hindu nation came to the forefront. Minorities have been systematically targeted, voters disenfranchised, dissent suppressed, and an entire ecosystem of hatred and propaganda set up to condition the public about all that happens in the country. Before 2014, a leftist and rightist could be friends or at least civil, but not anymore. The ferment gripping India made feverish by the RSS – the protests, the police brutality, the vicious politics – reflects how existentially high the stakes have become.

Between 2014-19, more than 44 people were murdered, with 280 injured. A Muslim man, beaten so severely that he would eventually die, was being dragged along the ground, all while a policeman cleared a path for the mob hauling the body behind him. Kashmir has been deprived of its right to self-legislate. Sikhs have been labelled as Khalistanis for supporting the Farmers’ Protests against the government. Christians labelled as ‘missionaries’ are denied medical care, even when they are octogenarians and can hardly move.

A key strategy for abuse for the opponents of BJP and RSS is to convey, with a single label (a broad umbrella, often dehumanising, derogatory, and outright deceitful), why certain people do not have India’s interests at heart. “Presstitute” is used to label journalists accused of selling their coverage for money or influence – basically any journalist who dares to speak the truth. “Sickular” is born of the RSS’s opinion that Indian secularism is a demented version of minority appeasement.

Women belong to the bulk of second-class citizens in the country – if the text of the Manusmriti is to be taken at its word – which the RSS feels no shame in admitting. The public and private spheres have been dichotomised in a fully watertight manner. In the literal sense in the former, and a more abstract sense in the latter, the confinement of women is justified by the use of this text by the patriarchal ruling class. As such, when women take to the streets in Shaheen Bagh or even support farmers, the non-transformative state that was supposed to imprison her is gone, and as such, the buzzword the right-wing finds itself most comfortable with is “feminazi” or “paid protestor“.

“Anti-National” is by far the most utilised. “One term to demean them all“. Earlier used along with the term “Urban Naxal“, this term seems to fit every individual who dares to oppose our Supreme Leader. Students, mainly from educational institutes such as the JNU, JMI, or AMU, which all stand for everything that the BJP abhors, are an easy target with false accusations of sedition and the extensive use of the UAPA. Student dissent, which formed the core of the anti-Indira protests in the ’70s and many other occasions, has been silenced.

And it’s not just the students. It is about the long line of intellectuals and thinkers who have, by virtue of their endless toil, hard work, as well as their intellectual prowess, shaped India into a modern powerhouse and a nation with scientific temperament and a forward and futuristic vision – or at least have tried before they were vilified in this era. With our Supreme Leader commenting that “Hard work is more powerful than Harvard“, he sends not just a message in power, but the admission that he can make despotic actions at will and get away with it, even when countless experts say that the country can’t.

This leaves our Supreme Leader with an army of Savarna (Upper Caste) Male Fanatic Hindus who have been drunk on power, in some way or the other, for centuries now. They trample under their feet whoever they think to be of “lower castes“, namely these people that were never fit to rule. They strangle the ones they believe should mind their own businesses, students, for “this is the age to study and not interfere in what the elders do“. They have been enslaving women for a few millennia now, for “a woman’s place is in the kitchen“. The “enemy” here is simultaneously both too strong and too weak, while the followers must always be jealous of what strength, power, and influence the enemy holds, they must, in their hearts, believe that they will overcome such odds.

When Bernie Sanders, Elizabeth Warren, and others did as much as just condemn Trump for his silent support for the Supreme Leader during the Delhi Riots, BJP General Secretary BL Santosh said that it was “compelling us to play a role in Presidential elections“.

The BJP is aiming for what its founders have always wanted: a country that is Hindu before anything else. Both Muhammad Ali Jinnah, the founder of Pakistan, and Vinayak Savarkar, a leading RSS ideologue, were proponents of a two-nation theory. In the words of Niraja Jayal, a political scientist who studies Indian democracy, “Jinnah wanted the territory of undivided India to be cut into two, with one part for Muslims. Whereas Savarkar wanted Hindus and Muslims in the same land, but with the Muslim living in a subordinate position to the Hindu.” This concept of unequal citizenship was inspired by the Nazi ideology and (still is) considered right and proper, by the RSS. According to Jayal, “you get a graded citizenship, a citizenship with hierarchies. You don’t need genocide, you don’t need ethnic cleansing. This does the job well enough.“

This begs the question: If The Supreme Leader tramples on the rights of minorities, students, women, educated secular Hindus, lower castes, and everyone else except for the Upper Caste Hindu Males who, by the way, form about 5% of the population, how come the house of cards is still standing? The answer is simple, and that’s why it’s terrifying.

The Indian society was never founded on equality. We thrive and revel in the fact that despite all that we lack and all that we’ve been denied, deprived of, had taken from us, or not afforded to us, nevertheless, we are still better in the social hierarchy than someone who is even less fortunate than us, and, somehow, that gives us the right to claim superiority over anyone and everyone else. This works both ways, and a personal peril forms the core of the fear-mongering environment. Personal peril is added up to create a sense of national peril, and this is used to insinuate injuries and injustices, while the real troubles lie in the venality, the miscarriages of law, the inequalities of wealth and caste, and the wounds and bruises to the body politic.

People voted for him to bring HIS “Gujarat Model” to the rest of the country and, for better or worse, he so did.

Currently a Chemistry PhD candidate at Virginia Tech and a recent graduate from IIT Bombay. A very keen follower of Indian and international politics, and the socio-economic-religious aspects they bring along. View all posts by Ronnie Mondal